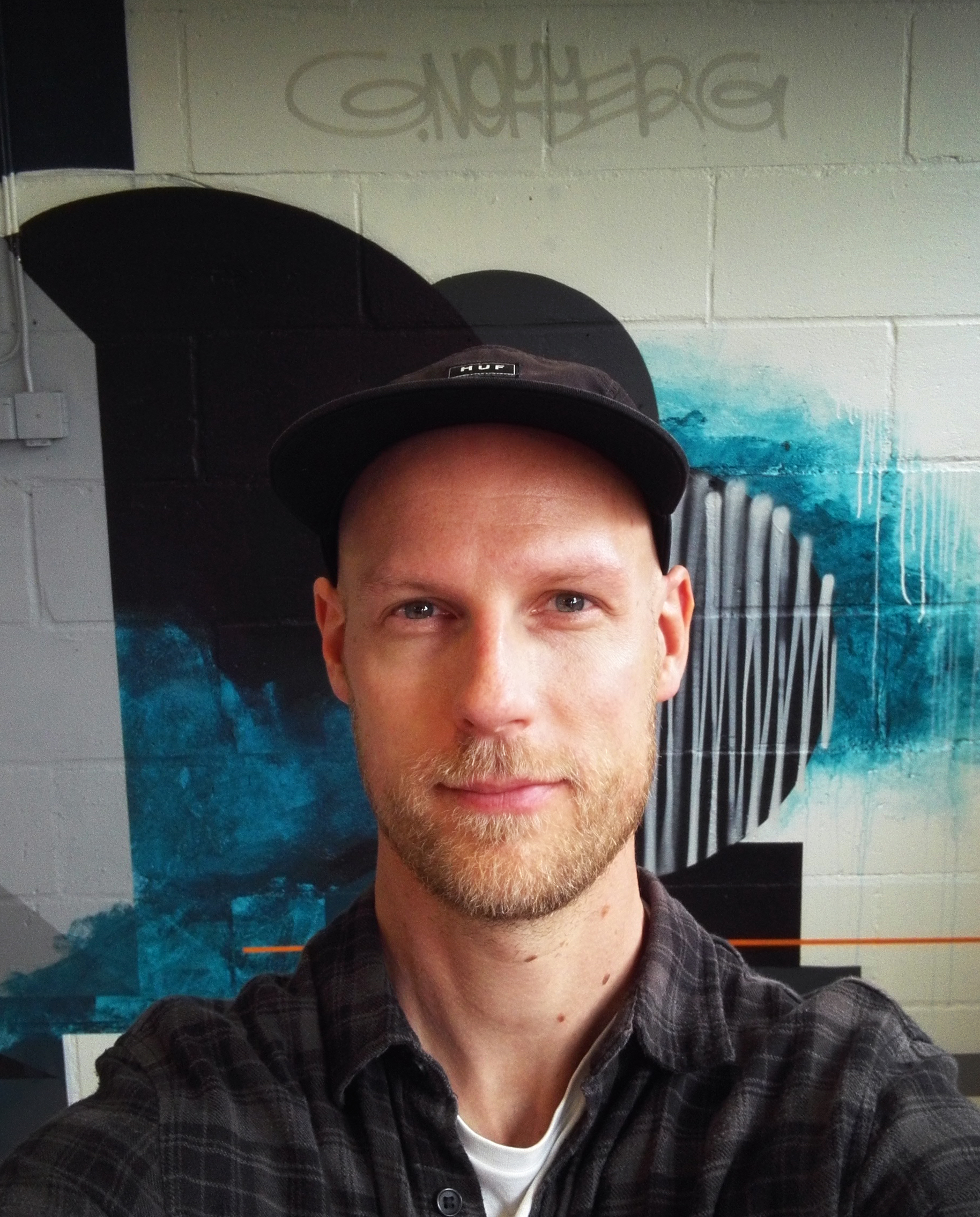 Gustav Norberg is a self-taught artist based in Malmö, Sweden. Norberg got involved with the world of art through painting graffiti, which he still does to this day although not in the traditional sense with focus on letters and reproducing ones pseudonym or tag. Norbergs work on walls can more accurately be described as “post-graffiti” and puts a large focus on abstract imagery where the name usually connected with traditional graffiti has been removed. In his studio Norberg paints on canvas with acrylics in a similar style. The studio-work has influenced and changed Norbergs approach to working large scale on walls in an neverendig attempt to be at peace with the feeling of letting go of control.